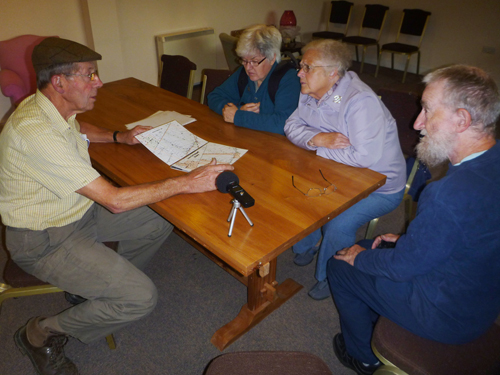 So we had a lovely day visiting Vine House Farm. The owner Nicholas Watts is very dedicated to conservation and birds, he has keep a survey of birds (specifically sky larks and corn buntings) on his land since 1982. By 1992 he analysed his data and saw that the numbers of birds had significantly dropped (he recorded 1 corn bunting, compared to 12, and 14 pairs of sky larks where before there were 34). 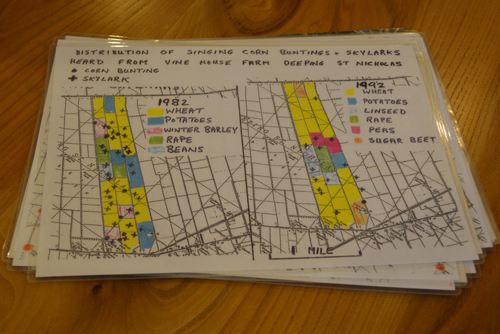 In that period of time farming had undergone major changes, in the 1960’s there was only the technology to spray one herbicide – which didn’t kill all the weeds. by the 1990’s people were spraying 3 herbicides, 2 insecticides, 2 growth regulators to make the wheat shorter so it doesn’t fall over, and fungicides to kill rust and mildew. This has meant you can breed differently, when you are trying to breed a type of wheat you are balancing the yield between other qualities, such as resistance to disease or perhaps it falls over from the weight of the crop. In the 60’s if they bred a variety that gets mildew badly but a high yield they would have to get rid of it, but these days it is possible to spray for mildew so its possible to continue with that variety. With all theses technologies the yield of wheat has been raised from 1 1/2 tonnes an acre to 3 1/2 tonnes an acre, but the wild life is declining.

When he realised that birds had declined Nicholas decided to try and do something about it, so he started feeding the birds. After some time there were so many hundreds of birds coming to feed that it was a spectacle, so he had an open day, and at the open day people asked him to sell them bird food. This continued at other open days and he realised he was selling bird food without even trying, so he started a business growing and selling it – which is now more profitable than the rest of the farm!

Inside the Bird Seed Factory 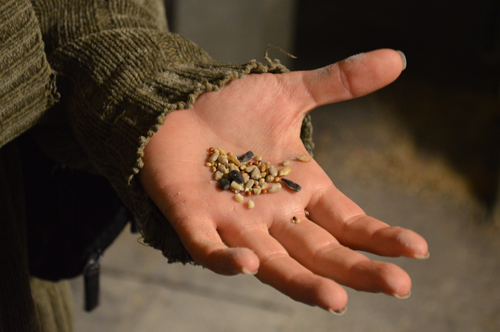 Nicholas has also kept a diary since 1959 of the arrival of the swallows, in 1959 they were arriving on average on the 14th of April, now they are arriving on average ” ” – perhaps because we are getting warmer. But the most surprising thing is that they are now leaving 20 days earlier, so their period here is getting shorter. He thinks this is because there aren’t enough insects.

As we moved around his farm (in a car in the rain!) he showed us the old cattle barns, which were located down in the fields for convenience. In years gone by people used the manure from the cattle to fertilize the fields, then at the end of the harvest returned the hay to the cows for them to eat over winter. Cattle can also play a part in a crop rotation system, grazing the grassland which has been left to regenerate the soil. In a farming method such as this dairy products would have been a resource produced almost as a by-product of the integrated system. 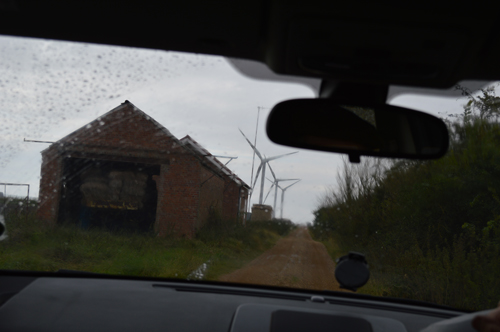 However in modern times the farmers don’t need cattle to fertilize any more and the dairy industry has become so big you cannot farm even 500 cows to make a living, so the cattle barns have all but disappeared. 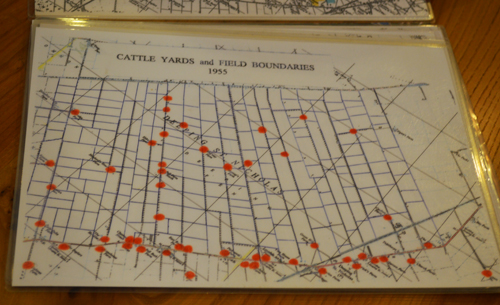 Nicholas also explained to us that he has used a biomass boiler to heat his house with wood in 1980, uses solar panels to produce part of the energy for the farm, and has rented some of his land for wind turbine use since 16 years ago. In the farmyard they also try to produce as little waste as possible, on the left of this picture is a giant refrigerator for storing up to 1000 tonnes of potatoes, this produces a lot of heat as a by-product which is used to heat the next building. The other factory building is heated with waste oil from the tractors.

Well after all that learning and exploring we of course sat down to a nice cup of tea and buttermilk cake! One of Nicholas’s favourites since he was a child, and very delicious. We also took advantage of a bit of bird watching in his lovely garden, which of course has many bird feeders and different types of birds making their homes there. 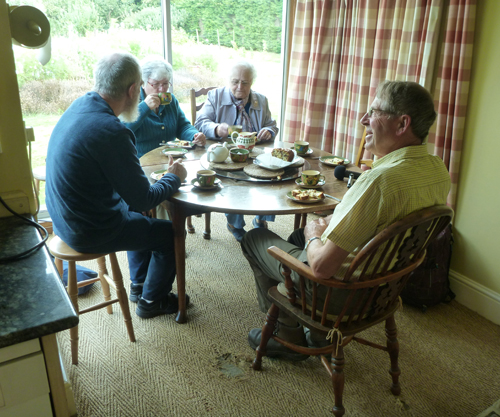 time for Buttermilk Cake and Tea 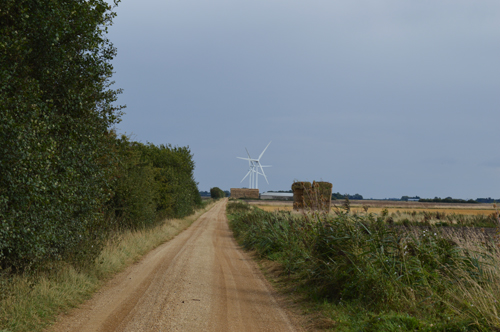 Listen here to some clips recorded during our visit: